Crystalspace’s stereo cameras countdown to the next Moon launch

The project: Cameras to study the Moon

This project was presented to us by a previous partner, Crystalspace. Maxar Technologies, an Earth intelligence and space infrastructure innovator, selected the company to build two stereo cameras. The cameras will work in tandem monitoring a robotic arm collecting regolith (read: soil) samples from the Moon.

The cameras will be part of Maxar’s robotic arm, Sample Acquisition, Morphology Filtering, and Probing of Lunar Regolith, or SAMPLR. It will be the first US robotic arm to work on the surface of the Moon since the Surveyor missions over 50 years ago. SAMPLR is part of NASA’s Commercial Lunar Payload Services (CLPS) project that advances capabilities for science, exploration, and commercial development of the Moon. The project is a stepping stone for human missions.

Our collaboration with Crystalspace allowed them to push the development of the stereo cameras into overdrive to meet a tight deadline and stringent requirements.

Crystalspace was founded in 2013 by core developers of the University of Tartu ESTCube-1 CubeSat mission. The company started as a spinoff from the ESTCube-1 project and went to the market with the base subsystems they had developed. In 2016, Crystalspace shifted its main focus from subsystems like sun sensors and power supplies to camera systems.

“Camera systems are more scaleable for different sizes of satellites, landers, and rovers. We knew we wanted to be in that part of the space business.” 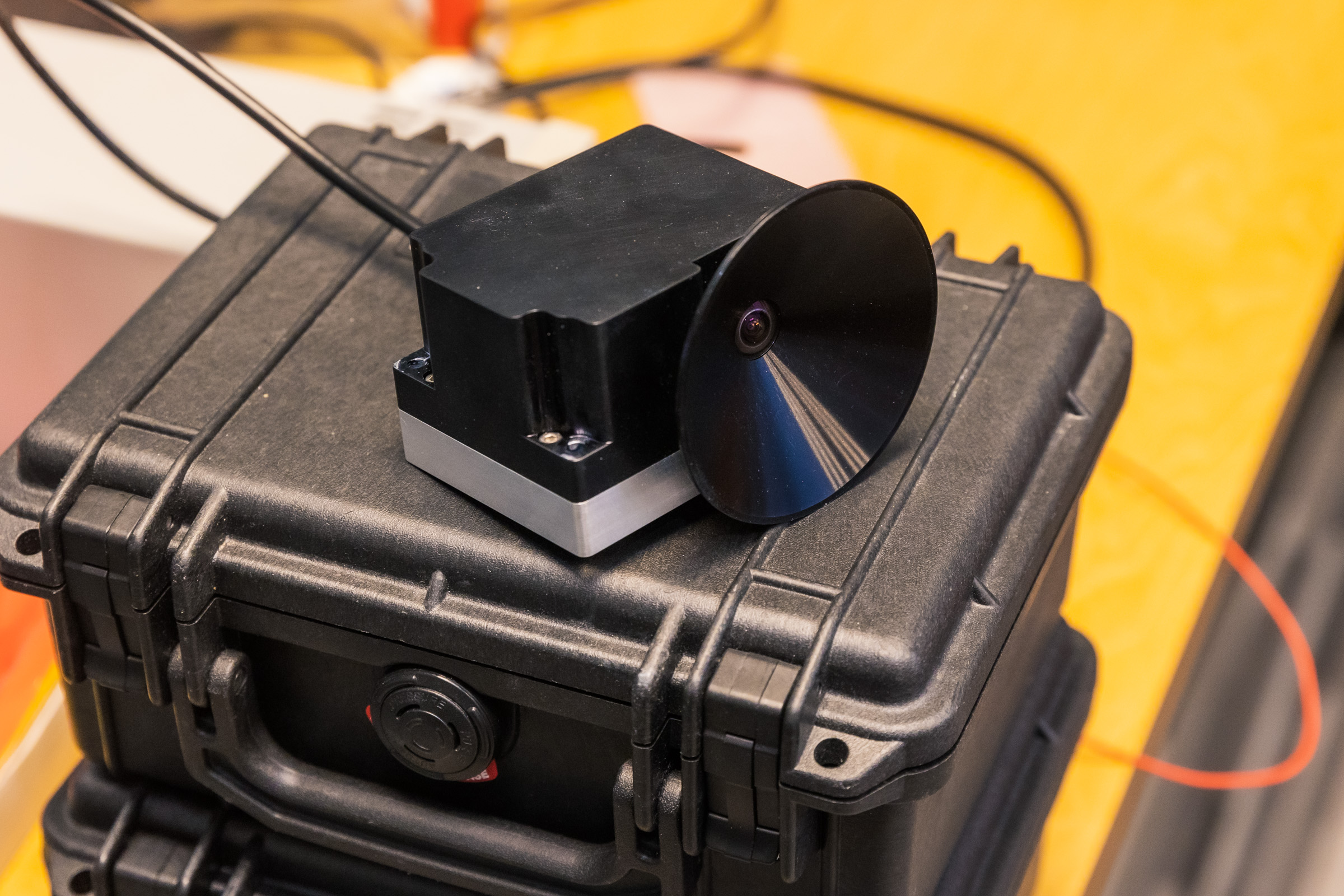 Today, Crystalspace specializes in the rapid design and production of satellite camera systems. Their clients can be found worldwide — from private companies to research institutes, universities, and space agencies like the European Space Agency. Crystalspace has developed payloads for many satellites and was part of the European Space Agency Business Incubator (ESA BIC Estonia) from 2017-2019.

Developing on a deadline

Getting these small cameras to the Moon is no small feat. Crystalspace’s team had all the necessary capabilities to develop the cameras in-house, but with a tight deadline, and other projects in the works, they needed some help. Crystalspace already had a camera to work from, but it needed some tweaking to get to the Moon and withstand harsh temperatures ranging from -173C to +100C, among other considerations.

Krakul stepped in and improved the electronics and embedded software. Crystalspace and the Tartu Observatory of the University of Tartu worked on system integration, design, and optics.

The space domain looks for reliable and established business partners — breaking into the game is difficult for newcomers. Procurements are usually published years before a project launches, and companies must be able to offer support for 10 to 15 years after a product has launched. This means that the whole lifecycle of a project can be 20 or more years. Though Crystalspace hasn’t been on the scene for that long, the proof is in their project history and reliable tech.

The Crystalspace team has solidified its name and built a reputation for quality and reliability. Years earlier, they had been added to NASA’s procurement vendors list, as well as the International Space Agency’s list. Once they were selected by Maxar for the SAMPLR project, discussions took place to understand needs, parameters, and technical aspects. Crystalspace, therefore, needed an equally reliable partner to deliver.

Just like with many industries, when designing and building for space, there are specific standards. For example, the European Space Agency maintains ECSS standards for space flight models, hardware, and software. As a procurement partner under NASA and ESA, Crystalspace entrusts its partners to follow these standards. While developing the cameras, we had to pay attention to the components, materials, solder, and composition used. With a camera to work off of we made changes based on Maxar’s specs. Crystalspace provided us with the software and the changes that needed to be made. We had guidelines and standards the cameras had to meet, but how we got there was up to us. 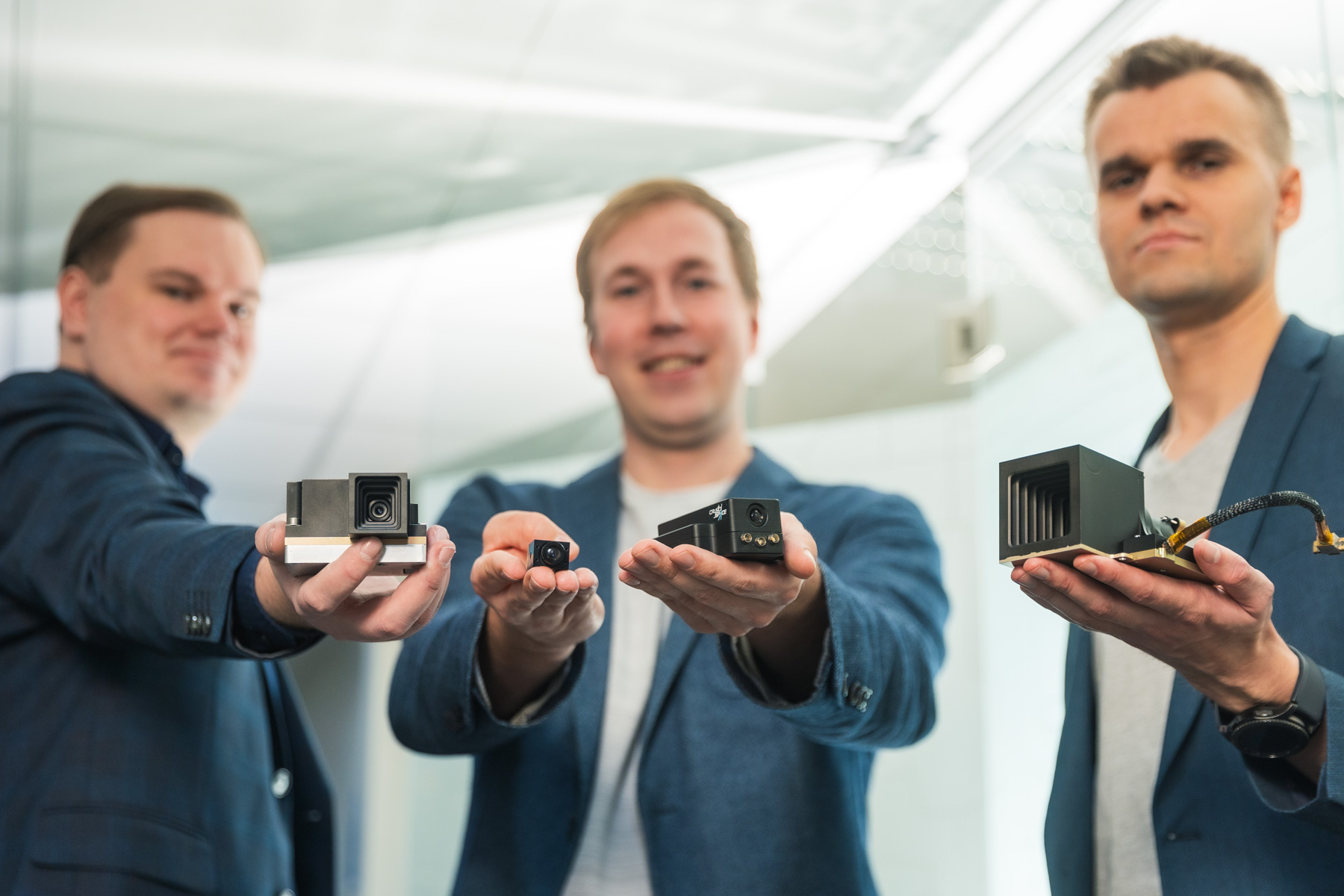 Having worked with Crystalspace in the past, agreements, communication, and the process ran smoothly. With a dedicated project manager, we were able to provide regular updates and a continuous flow of feedback. This ensured that the project advanced at the required rapid pace with quick adjustments when needed.

“Working with Krakul has always been professional. They know what they’re doing. They know the right questions to ask, even though they’re not specialised in the space domain. Krakul works efficiently, and communication is always fluid.”

As with all new experiences there come challenges. Primarily, our team had to learn a new technology for circuit boards that could be integrated into our design. While this added some pressure the team was able to adjust quickly. An additional puzzle piece was ensuring that the electronics design worked well together with the mechanical design done by Insero, a third partner on the project. Both companies had to maintain stringent requirements on their individual parts and the way those aspects functioned together. With a bit of back and forth between designs, the collaborating teams were able to get to the version that will be headed to space.

Once the development phase was completed, we were ready for the pivotal testing phase at the Tartu Observatory. The Crystalspace team and UT researchers were able to test and tweak different components to ensure the camera was space ready. Having a good foundation of open communication to start with meant that all changes were relatively simple. Having a feedback and adjustment loop pushed the project forward through the extensive testing phase.

“Sending one’s development to the Moon is every engineer’s dream. Krakul’s solutions can be found on Earth, in space, and the depths of the seas, and soon on the surface of the Moon,”

What’s next for Crystalspace? Undoubtedly watching the launch of our collaborative work on a yet-to-be-named commercial lunar lander through NASA’s Commercial Lunar Payload Services.

If you have an IoT project you need help with — lunar or earthbound — get in touch with our team.