Understanding autonomous technology and its uses

“I trust this thing because I know it will predictably do a specific function, even if I don’t know how or why it does it.”

Autonomous technology is rapidly spreading beyond the automobile and transportation sectors into healthcare, logistics and manufacturing.

In 2021, as their use proliferates, how will consumers and businesses trust the benefits of autonomous technology?

Trusting technology will be much more challenging than we might expect unless we begin to understand autonomous technology better.

What is autonomous technology?

Autonomous technology is any technology that can function and execute tasks without being controlled by a human.

Autonomous devices learn from their surroundings and complete tasks without continued human input.

Why are we suspicious of autonomous technology?

Trust is a crucial part of human nature and hence, our lives. Friends, colleagues, brands and consumer patterns all form part of this human element.

We purchase technology because we trust it to do what the brand has told us it will, whether it’s a smartphone or car.

We trust technology based on its predictable nature.

For instance, we trust our laptops to perform certain functions to make our lives easier, whether for home use or work. When that laptop deviates from doing (maybe it ‘slows down’ or crashes) what we ‘trust’ it will do – we begin to stop trusting it.

What about trusting a self-driving car?

Or other autonomous technology, such as robots aiding surgeons, often contain both ethical and psychological perspectives.

All these are autonomous devices that require little to no human input. And because of this, it can be tough to value their importance and trust that they will carry out their tasks safely and precisely.

Is autonomy another form of predictability?

Consumers want their technologies to be predictable, to behave precisely as expected.

Over time, technology can be developed to meet adverse requirements. In the case of self-driving cars, this can be for pedestrians, weather conditions, other road users and traffic lights.

Naturally, we’d expect that a self-driving car repeats the same driving protocols in the same environment each time. Is this autonomy part of predictability, or is this merely a car running automatically?

Not really. Autonomous technology and devices all have this in common – they can make their own decisions and act differently based on their surrounding environments.

Delivery robots that are delivering food and packages are one such example.

When delivering to customer addresses, they not only need to find the quickest route, they have to navigate unpredictable obstacles. From school children jumping on them, to other pedestrians and cars, or even to cats playing with their antennae!

Autonomous technology then makes decisions much like a human would.

And yet, is it these real-scenario obstacles and surprises that make establishing a predictability-based trust a challenge.

With autonomous systems, trust is only fully realised when based solely on predictability, precisely because they are predictable (assuming the system functions naturally).

Of course, autonomous technologies do not think the same as people. There have been efforts to develop computers to think at first like humans.

However, one consistent theme learned through machine learning over the years has been the knowledge obtained by not requiring artificial intelligence systems to think like humans.

For instance, when a human driver sees an animal or ball in the road, they would likely reduce their speed. Not only avoid it but think whether there would be another child or person chasing after it.

Would an autonomous self-driving car do the same?

It is likely it will recognise a potential obstacle in the form of an animal or ball, and would likely swerve to avoid it.

Would it think that there could be a ‘surprise’ obstacle following it in the form of a child?

Would the self-driving card slow down or have to take more evasive action? It sounds alarming and would likely cause stress to those inside the car.

And yet, human error has caused more car accidents than autonomous self-driving cars. It is the safety factor alone that is driving the need for autonomous vehicles.

Autonomous vehicles are here and will remain.

Whilst their acceptance is not universally acknowledged yet; this day will come sooner than expected.

Global monoliths including Apple, Google and Huawei are already engaging in these programmes. Whilst Uber is determined to replace all of its human drivers with automated cars eventually.

Meanwhile, several car manufacturers like Tesla, General Motors and Volkswagen are making a significant push into the self-driving market.

Other uses of autonomous technology

The widespread fascination with self-driving passenger cars has opened a new era of how we envision moving people and objects.

The new trend in autonomous technology has seen it being embraced by the manufacturing and logistics sectors.

Known as industrial mobility, it covers a wide swath of transportation modes:

However, most manufacturers seem happy to adopt a wait and see approach, for two reasons:

1) It is deemed unaffordable

2) Is it safe enough

3) Not having specialist partners to produce the technology

Autonomous platforms within the factory walls

Automating the movement of materials within operations is nothing unoriginal for manufacturers.

Most of this technology has traditionally been limited to fixed routes. The difference now is that robotics, 3D camera systems, sensor technology, software and artificial intelligence are opening up a new age of autonomous technology.

Think of Amazon, where not only do they have drones, but robot innovation has developed two new robots that move products around its warehouses.

The logistics of moving commodities and products to and from manufacturing factories and distribution centres has always played a pivotal factor for industrial manufacturers.

Mainstreamed use of fully autonomous long-haul trucks may seem a way off as per self-driving cars.

Autonomous trucks know how to alter their routes to avoid costly delays and not need to stop or rest during driving at night, providing faster deliveries. Humans, more accident-prone and unable to drive extensive periods at night are more expensive to hire.

Manufacturers and logistics companies understand that being a leader in developing and incorporating autonomous platforms into its industrial processes is critical to maintaining a competitive edge.

For businesses, autonomy is not related to trust, but in profit and safety and are thus, more likely to invest in newer disruptive autonomous technology.

For consumers, automation is based on predictability and trust, causing a misunderstanding between the two use cases.

Will 2021 see both consumers and businesses align with understanding the uses behind autonomous technology? 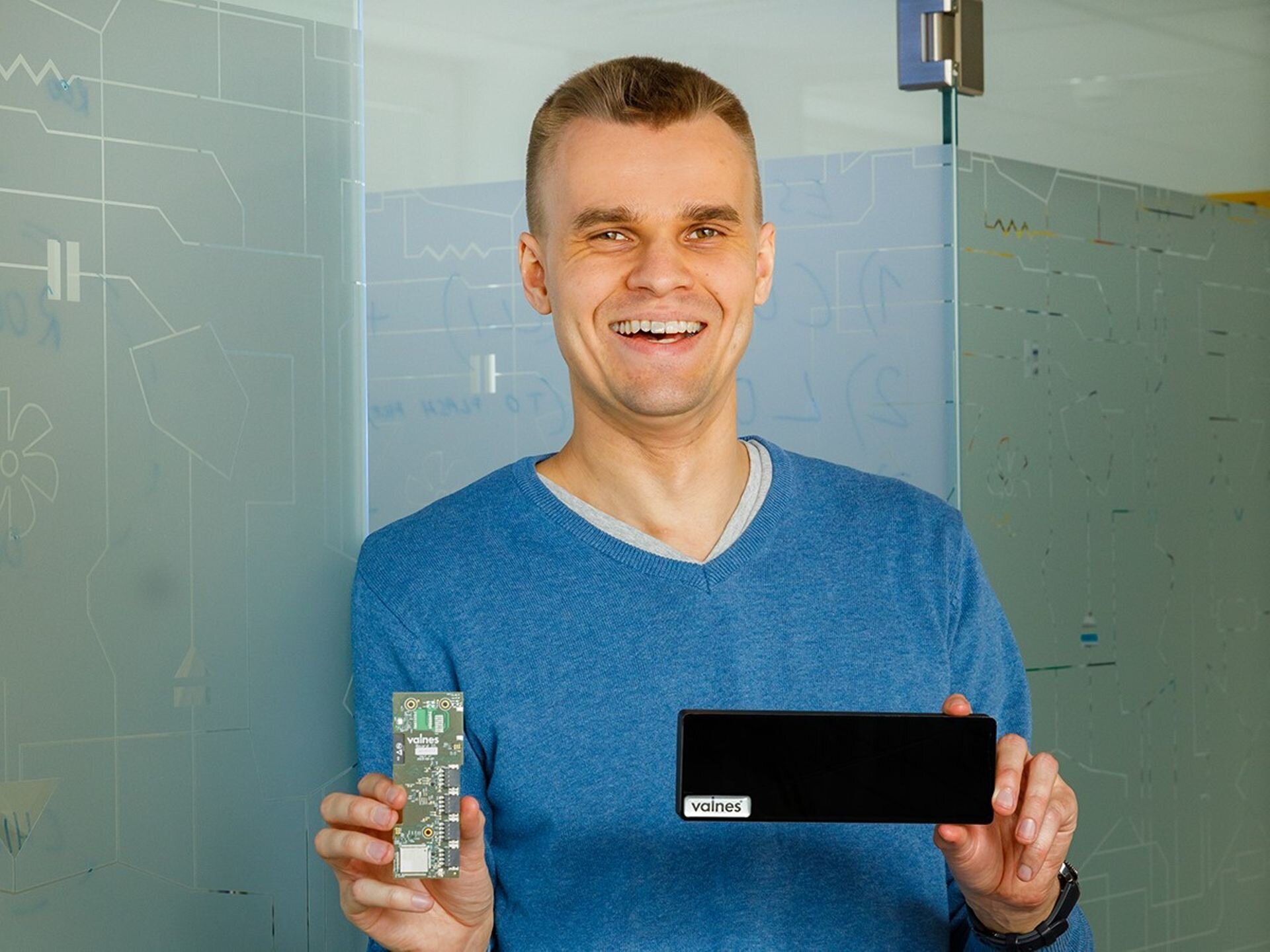 On October 8th, Krakul’s partner and CEO Jaan Hendrik Murumets won the title of Young Entrepreneur of the...

Tens of billions of IoT devices are currently in operation across the globe, from well-known devices like Amazon’s...

Autonomy Internet of Things Our people