Tallinn, Estonia, January 11, 2021 – Estonian company Crystalspace, partnered with Tartu Observatory of Tartu University and Krakul, has been selected by Maxar Technologies, a trusted partner and innovator in Earth Intelligence and Space Infrastructure, to build two stereo cameras that will act as a pair to monitor the operations of a robotic arm that will collect regolith samples from the Moon.

The Crystalspace stereo cameras will be part of Maxar’s robotic arm called Sample Acquisition, Morphology Filtering, and Probing of Lunar Regolith (SAMPLR). Maxar’s SAMPLR robotic arm will be the first United States-provided robotic arm operated on the surface of Earth’s Moon since the Surveyor missions more than 50 years ago. SAMPLR is one of 12 externally-developed payloads that NASA selected in 2019 as part of the Commercial Lunar Payload Services (CLPS) project, which allows rapid acquisition of lunar delivery services for payloads like SAMPLR that advance capabilities for science, exploration or commercial development of the Moon.

The two stereo cameras built for the lunar mission will need to withstand extreme conditions. Jaan Viru, founder of Crystalspace: “During take-off and the entire mission, the cameras will be subjected to extreme conditions and temperatures from -173 to +100 degrees Celsius that occur on the Moon. We are proud to provide our profound knowledge and experience with satellite camera systems to Maxar’s SAMPLR arm.”

Estonia became a space nation with a human-made object in space when the nanosatellite ESTCube-1 reached orbit in 2013. “Most of our current project team were among the core developers of the ESTCube-1 Cubesat mission and we have developed payloads for multiple satellites that are orbiting the Earth. We are now most excited to combine our years of experience with space cameras to deliver a stereo camera system that will enable the exploration of the Earth’s Moon,” explained Viru.

In addition to this mission, the Tartu Observatory also participates in the European Space Agency’s F-class science mission Comet Interceptor, due to launch in 2028, with its OPIC instrument (Optical Periscopic Imager for Comets). The observatory has also participated and is currently participating in several other ESA missions with non-instrument contributions, like the Ariel exoplanet mission just adopted by the European Space Agency.

Jaan Hendrik Murumets, CEO of Krakul: “Sending one’s development to the Moon is every engineer’s dream. Krakul’s solutions can be found on Earth, in space and the depths of the seas, and now also on the surface of the Moon.” 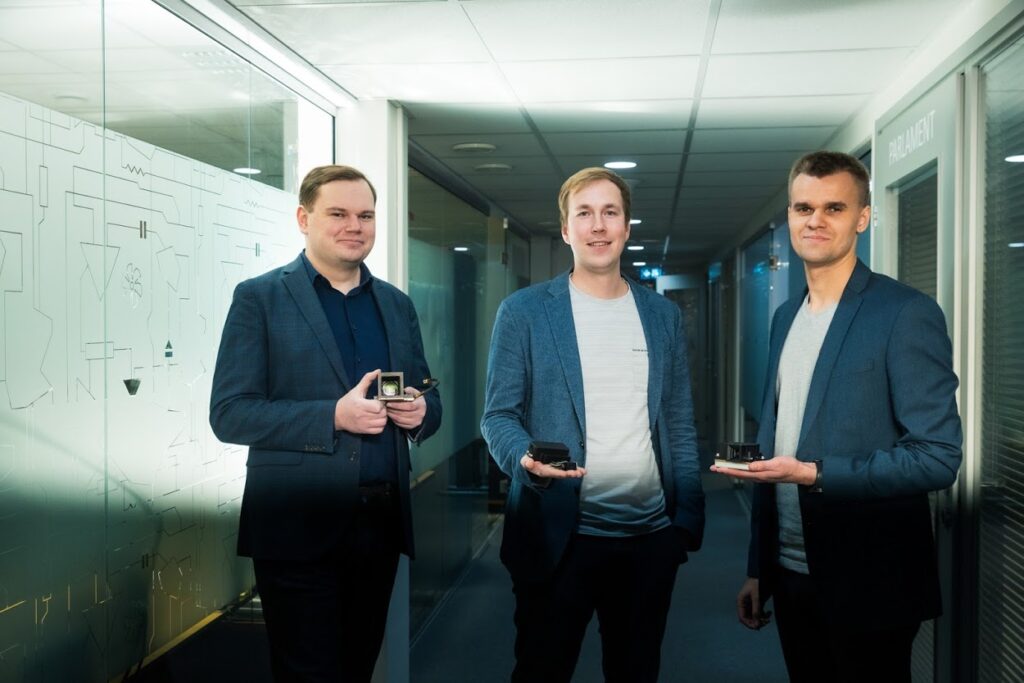 For the production of the two cameras, Crystalspace has partnered with Incap Electronics Estonia to produce the electronics, Insero to design the mechanics, Radius Machining to produce the mechanics and Tauria for software development. The flight models will be completed in the first half of 2021.

Crystalspace was founded by two of the core developers team of the Estonian University of Tartu ESTCube-1 CubeSat mission. Crystalspace specializes in the rapid designing and production of nanosatellite parts. The people behind Crystalspace have been involved in developing payloads for multiple satellites, like ESTCube-1, Aalto-1, and ESEO. CrystalSpace was part of the European Space Agency Business Incubator (ESA BIC Estonia) 2017-2019. https://crystalspace.eu/

Krakul is Estonia’s leading IoT and autonomous systems development company – from idea to product to manufacturing. Founded on a principle of approaching product development from a more human-centric angle, Krakul operates as a long-term, versatile design partner, working with teams of any size from corporations to SMEs to startups. After completing over 150+ projects, the team has had a global influence, with projects in the Baltics, the USA, Sweden, Mexico, Vietnam, Spain, and many other countries. https://krakul.eu/

Maxar is a trusted partner and innovator in Earth Intelligence and Space Infrastructure. We deliver disruptive value to government and commercial customers to help them monitor, understand and navigate our changing planet; deliver global broadband communications; and explore and advance the use of space. Our unique approach combines decades of deep mission understanding and a proven commercial and defence foundation to deploy solutions and deliver insights with unrivalled speed, scale and cost-effectiveness. Maxar’s 4,000 team members in 20 global locations are inspired to harness the potential of space to help our customers create a better world. Maxar trades on the New York Stock Exchange and Toronto Stock Exchange as MAXR. For more information, visit www.maxar.com.